“Hype Cycle?” Yes, somehow there was a “hype cycle for the Internet of Things.”

. At this time, we are looking into definitions of ‘M2M’ and ‘IoT’ – likely to be a variant of that offered by ETSI. We also want to develop a common working framework for IoT, and the infrastructure to spread the IoT-based services to all participants – obviously, it is an environment where IoT data is shared and managed. The following diagram depicts the initial thinking: 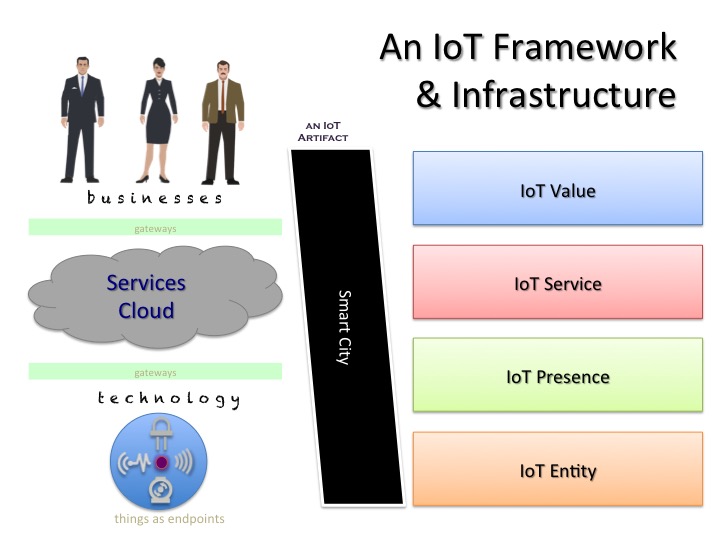 The right depicts the four components of an IoT Business Framework, and the left is the infrastructure with the service concept that is cloud provisioned. The center is an example of an IoT artifact – a smart city.